Saving myself from panic

Imagine you’re trapped inside a teeny-tiny space. Your limbs are useless and your thoughts are racing. Your insides churn like they do when you’re nervous before a big test or a speech. Your heart is beating out of your chest and you feel a little dizzy – UP and DOWN are not as solidly defined as they were a moment before. Was it always this difficult to breathe and swallow? You are suffocating, panicked, and there's no way out. You are a prisoner of your mind and body. This is what an anxiety attack feels like. 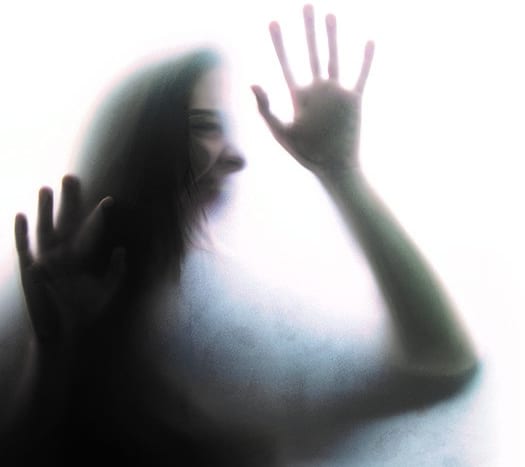 Lots of people suffer from anxiety, but I wanted to write about the grip it has on some of us – like me. The scenario I just described? You’d probably think something really terrible happened to cause such discomfort, but in reality, it could be as simple as a trip to a bustling shop, a long line at the coffee shop, or a crowded train. My last attack was in the petrol station at Tescos, where the wait is generally less than five minutes. However, just seeing two cars ahead of me sent all my rational thoughts into a tailspin. This will take all day! I’m trapped! I can’t abandon the car and just run away – can I? What could have been a quick top up with petrol ended with my car peeling out of there just so I could catch my breath.

I was officially diagnosed with an anxiety disorder when I was 26. I had become hyper-focused on death after learning that the biological father I’d been looking for had died of cancer four years prior. Every morning, I’d wake up with an overwhelming fear that I’d either die or lose somebody else. It was paralysing. Getting out of bed was terrifying. There was too much to overcome, too many people to talk to, and before the day even started, I’d decided it was just too exhausting. I was stressing myself out, but for seemingly no real reason.

I’ve always had these anxious feelings: the routines that couldn’t vary, the obsessive-compulsive need for things to be in their proper places, and strange physical ticks, like pulling at my skin or rubbing my knuckles together. I never realised these things weren’t “normal,” and when I did, I thought I was the problem and that my life was destined to be this way forever.

In primary school I was too afraid to ask my teacher if I could go to the toilet a second time after lunch because approaching him had become a physically stressful event, so I weeed in my pants with the whole room watching in disbelief. Secondary school was worse, because I was chunky, awkward, and felt uncomfortable in my skin, with zero self-esteem. I often faked sick and when I did go to class, my body would convert all the stress into migraines and stomachaches and, eventually, the start of an ulcer. This is better than wetting myself, I’d think. But obviously, it wasn’t. I missed A LOT of school, was nearly kicked out, and almost didn’t graduate. Yet my (few) friends had no idea any of this was happening because I was so good at wearing a mask. Somewhere along the way, I learned it wasn’t worth the trouble to explain, so I just smiled and pretended everything was OK, even when I was far from it. When I think back to those times now, I’m saddened by the time I lost, wasted away by my constant worrying.

My avoidance of confrontation and inability to deal with life as a human being was making things more difficult than they needed to be. Dating was usually disastrous, because after one traumatic breakup during my final year at school, I constantly feared that every boy thereafter would leave me, too. Even when I found someone really lovely and things were going great, my fears became self-fulfilling prophesies because it was all I could focus on.

I eventually graduated from college, married my husband, and had two children, but because I’d never learned how to really deal with the anxiety, it didn’t go away. It only worsened. My compulsions became more evident, I developed an eating disorder for the second time, and one day, I bent until I broke. Like on-my-knees, white-flag, total-surrender kind of broke. I was tired. Finally, I’d had enough.

Also, I found a worry-stone to help with my OCD tendencies. Before, the friction of doing that thing with my knuckles calmed me. Now, I reach for this small stone, with an indent for my thumb, and I rub it whenever I feel anxious. I know – at first I was skeptical too. But after many weeks of using it, I can say it does actually help soothe me. And it feels much better than irritating my skin by tugging on it.

I got more competitive with my running, because the activity channels my energy into something positive and helps distract me from all the tedious worrying. Exercise isn’t just beneficial physically, it’s crucial to eradicating stressful thoughts and feelings. And every night before bed, I focus on three good things that happened, no matter how minuscule
We’re not all born with coping skills, and for too long I’d been in survival mode instead of really living. It’s not always so easy to redirect stressful thoughts, and there are still moments of sudden panic, but what I’m learning is it’s not something to be embarrassed by. If my new skills don’t work, I have to remove myself from the situation and try another time.

The good news is the attacks are less frequent, as I now recognise the difference between rational and irrational thinking. When I feel them coming on, I know that I have a recourse. For so many years I lived in fear, not knowing when I would be struck by a paralysing or suffocating notion or what would trigger it. And if you’re reading this and can relate, trust me, you’re not alone. Don’t hesitate to seek some professional help or reach out to trusted loved one. It’s worth it, because now that I know I have techniques to combat my anxiety, I’m ready for battle, and I’m not going to be immediately defeated anymore. For me, that is total freedom 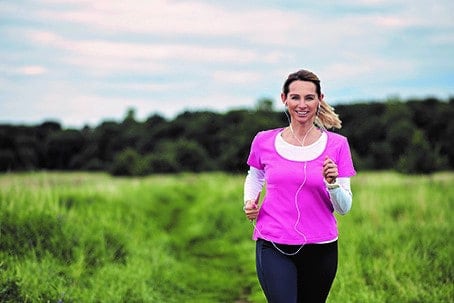 The first step in life always seems to be admitting you have a problem. This was hard because I’d faked my way into social circles and situations by being someone I wasn’t, or at least someone who was only a half-truth version of myself. There were times when I’d call myself a social butterfly, but at my core, I wasn’t as easygoing or as happy as I often pretended to be. I just never wanted to let my employers, my friends, or my family down. The thought alone was enough to stress me out.

In truth, I was afraid of what people would think if they knew exactly how long it took me to decide between two cereals at the supermarket. Yes, I hold the boxes for five to 10 minutes and, yes, I set them down to consider another option, and, YES, I’ll probably walk away with none of them. Or all three. What you wouldn’t see is the battle inside my head. You may think I’m just being super picky about cereal while all I hear is: “This choice is important. You’ll be upset if you pick the wrong one and wish you’d chosen differently”. This could make even the most basic tasks so overwhelming. At times, I needed a serious pep talk to leave the house.

The day I truly felt broken was when I cried into my husband’s shirt for what felt like an entire day. It was a cleanse of sorts. With his support, I found the courage to investigate different counsellors, because I knew I couldn’t do it alone. The process was grueling and in the beginning I was seeing two different people multiple times a week because when I commit to something, I go hard. And this was the biggest something of my entire life.

Once sessions were underway, it wasn’t long before everyone knew about my condition. I missed work, I was unable to go to the shops without an accountability partner, I needed help from relatives to care for my kids. I felt raw and vulnerable. What would they think of me? Would they treat me the same? Could I really go on normally after this has happened? Did I choose the right cereal?

But with regular therapy, I learned some important tools I’d never had, namely coping skills. From that first pants-wetting incident all the way up to the petrol station, I’d never had a single technique to help calm me down. I learned how to ease my nerves via deep breaths in, through my nose, holding, and then out through my mouth while also visualising my favourite place on earth (Cocoa Beach, Florida). Usually, that would relax me, at least enough to put things in perspective. Maybe the petrol station isn’t really that full after all. If that doesn’t do the trick, I’ve learned how to do something called grounding, which forces me to state facts about my surroundings: “The clouds are white. I hear a door closing. My seat is soft”. This was opposed to listening to my irrational thoughts: “There’s so many people. I can’t breathe. I’m stuck”. Grounding reinforces reality, and sometimes that’s what my brain needs.

← On a mission to understand depression From Failure to Phoenix →