With most medical conditions it could be expected that, regardless of what country or culture the person affected was living in, the experience of illness would be very similar. But what if an individual said they could hear the voices of their dead ancestors or reported that they had been temporarily abducted by aliens? Would they be considered "mad" or believed? The answer to that question might depend on whether they lived in Europe, Africa or America. 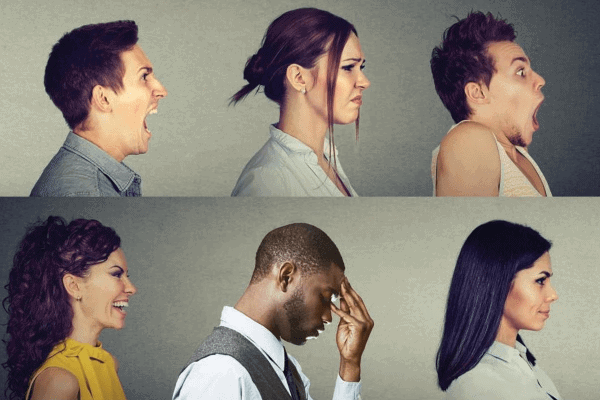 As there are no physical tests available, the diagnosis of psychiatric disorders depends on assessing what the person concerned says and does, or on what other people report about an individual who is causing them concern. There are at least two aspects of this process that can be problematic in relation to cultural differences. Firstly, the diagnostic manuals that are used tend to be developed within the North American and European traditions of psychiatry and are likely to be affected by the cultural norms that prevail in those parts of the world.

Secondly, when the mental health practitioner and their patient come from different cultural backgrounds it may be difficult for the practitioner to know if what they are seeing is a symptom of a mental illness or simply a different way of thinking, feeling or behaving linked to the patient’s background. Cultural differences affect aspects of behaviour significant for making a diagnosis. Behaving in a loud and extroverted fashion could be taken as a sign of mania. Similarly engaging in a prolonged period of mourning following a close bereavement could be interpreted as grief that has spilled over into clinical depression.

But both of these behaviours could be culturally determined. In the UK, psychiatric admissions to hospital of men from African and Caribbean origins are roughly twice as high as for white British men and there has been much concern that this group is being over-diagnosed with psychotic conditions.
In his book Mental health, race and culture psychiatrist Suman Fernando makes a plea for mental health practitioners to recognise the underlying humanity of all people who are distressed, but at the same time to also take into account the impact of race and culture when assessing and treating the people who use their services.

No matter what our background or ethnicity, our culture strongly influences our beliefs about mental illness and shapes our attitudes towards the mentally ill. Some of these cultural factors include:

IMPORTANCE OF SOCIAL STATUS
Many cultures place a high value on social status and reputation. For example, in many Asian countries, the concept of “Face”, or public embarrassment, is extremely important. People will go to great lengths to save “Face”. A mental health issue may be viewed as a public embarrassment that could damage reputations. As such, those suffering and their families are less likely to seek help.

ATTITUDES TOWARDS MEDICINE
Not every culture accepts or trusts Western medical practices and instead prefers to treat any illness with traditional approaches. Others do not consider mental illnesses to be medical issues. Instead they believe they are caused by a lack of emotional harmony or evil spirits.

AGE
Younger people of all cultures, religions and ethnicities living in Western countries are more likely to seek help for mental issues. Older people, especially those who have emigrated from very different cultures, will be less likely to change their attitudes or behaviours. This generational clash of values and priorities can lead to increased stress and risk of anxiety or mood disorders for younger people – especially those living in Western countries. Many cultures require young adults to make decisions that will enable them to care for their parents rather than following their own path or prioritizing their own needs.

LACK OF ACCESS TO CARE
Many people do not have workplace health programs and supplemental benefits. Others may have no access to any medical care — especially undocumented workers or visiting family members.

LACK OF MENTAL HEALTH SPECIALISTS
Stigma associated with mental disorders can result in fewer people choosing to work in the mental health field. Studies involving medical students in Colombia, Saudi Arabia, and Spain and medical residents in Romania demonstrated the negative attitudes that can exist towards specialisation in mental health. Eighty-two percent of Saudi Arabian students and 52 percent of Romanian students surveyed felt that “if a student expresses interest in psychiatry, he or she risks being … seen by others as odd, peculiar, or neurotic.” In addition, a large proportion of students had been discouraged from pursuing a career in psychiatry by their teachers, family, friends and fellow students.

RELIGIOUS BELIEFS AND SPIRITUALITY
Buddhism and Taoism advocate for a spiritual understanding of illness and believe that mental problems can be the result of bad deeds in previous lives. Non-Christians living in Western countries are often hesitant to seek help from the mental health professionals because they feel there is a lack of understanding about, and respect for, their religious beliefs.